I’ve not done one of these in a while, and I’m trying to write here more, too. So: currently researching:

It’s been a long hard week. I’ve had to make some difficult decisions, I’ve gotten sick, and the wind-down of the school year for my family is always rough. Regardless, it’s officially summer now, so let’s do an update. 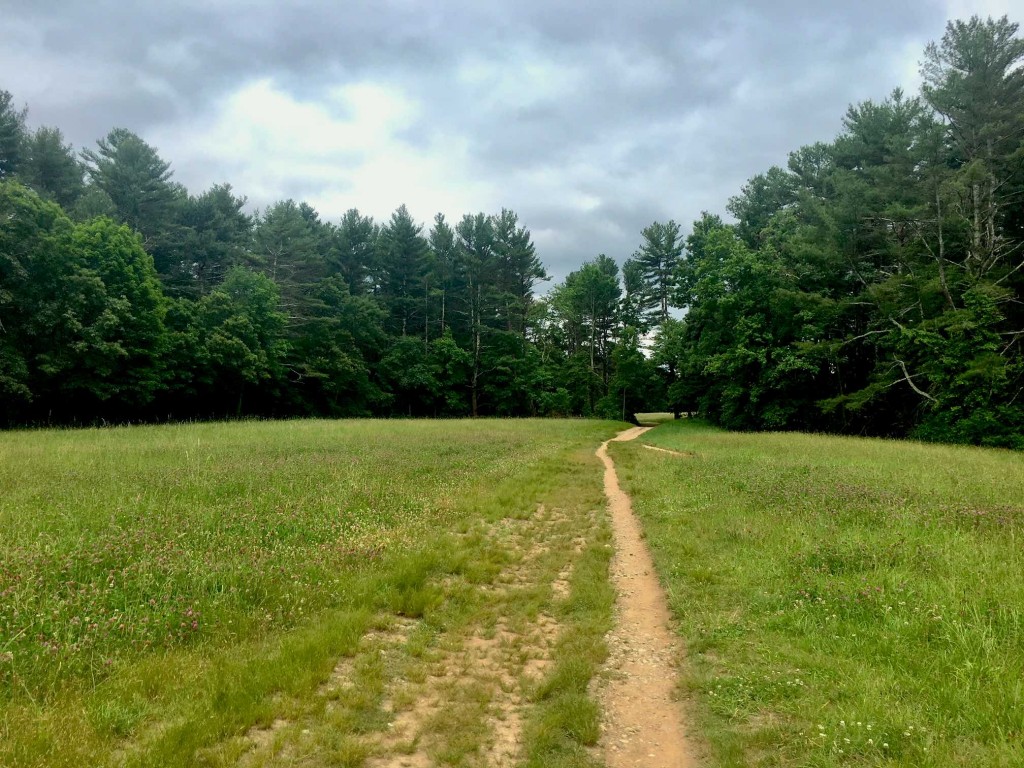 The only metric I keep track of at all it’s how long I’ve been out on the bike. Mostly, that’s because I have obligations as a dad to my family, and I need to make sure that I’m where I’m supposed to be at any given time. Because I don’t chase numbers, it leaves me free to slow down sometimes. I’m not chasing an average speed; I’m not chasing mileage. I’m not chasing anything.

Because I can slow down, I found that I often stumble across things that I’ve ridden past dozens of times and never seen before. A new trail, a new road, a new path to venture down. If I was more numbers obsessed, I’d go screaming pass these trying to push my average speed up or cover more miles. But the benefits of slowing down can’t be overestimated.

So, here’s to slowing down- to finding a bench to sit on, a path to get lost on, and a view to admire.

I got this bike in high school, around 1994 or so. Actually, it wasn’t this bike- it was a teal MB-4. It was a gift, and a way to get me to stop borrowing and breaking my mother’s MB-5. I broke a chainstay on the original bike a year or three later, and this was my warranty replacement frame and fork. That was a bit of luck, too, because by that time Bridgestone had pulled out of the US, and I had to track down the former rep and see if he had a frame around that he could give me. He did, and I’ve ridden this bike ever since.

Originally, of course, it was built up as a regular mountain bike. The sub-genres of bikes we have now weren’t yet a thing, so that meant it was setup for twisty technical New England singletrack. Think: narrow flat bars, toe clips, 2″ tires inflated to 35 psi, and a rigid fork. Classic. The build evolved over time (and as I broke things), but it was pretty much always setup for trail riding.

Then, I went away to college and needed to bring a bike. I took this, and before I went I put 1.5″ slick tires on it, got rid of the granny chainring, and added toeclips. It became my first commuter bike. Around 1999, I bought a Specialized Stumpjumper Pro, and that became my “good” mountain bike. The Bridgestone morphed into a single speed (32 x 16… remember when that was the thing?), and stayed that way for years. I raced cyclocross on it a few times like that with the addition of Conti Cross Country tires in 1.5″. As I got older and had my own children, the bike turned into a seven speed burrito slayer- single chainring, front rack & basket, flat pedals. Built for pedaling on bike paths with kids.

I’d been toying with the idea of putting 700c wheels on it- apparently they’ll fit (sorta?) and you can run adaptors to get the brakes to work… but I didn’t have any spare 700c wheels lying around, so I thought I’d test it out for gravel with the existing wheels. I swapped the bars and stem, got some vintage Dura Ace STI levers, re-geared it (and added a front derailleur for the first time since 1998!), and refinished a saddle to match.

It’s my “gravel” bike, now- and it’s totally in it’s element. The handling and frame still feel excellent, and the drivetrain works beautifully for the terrain I ride here. Eventually, it might be fun to see how 650b wheels look in there (the brakes don’t require an adaptor for those- I’m unsure of the tire clearance, though), but it’s pretty sweet as-is. I suppose a slightly narrower/lighter tire would be cool too, but that’s really just splitting hairs.

So there you go- a 24 year old bike that’s still finding new ways to be useful and wonderful. Long live the Bridgestone.