Here’s where I stand (currently, anyway…):

Dan Meyer just put out a nice blog post pushing back against some promotion of “Personalized Learning.” You can find the article here:

He’s not wrong- the applications the original article talks about are basic and only interesting if you compare them to pretty terrible teaching techniques. I’m not here to pile on about it, because there’s no need and Dan nicely covers the bases. I’m here because his article triggered an idea, and I needed a place to work that out.

In his response, Dan brings up the oft-touted benefit of video lectures: that students can rewind and review parts of the lectures to “further” their understanding, or to “clarify” difficult concepts. He also (rightfully) points out that that’s not how this really works- you don’t ask someone to repeat exactly what they said again when you miss something the first time. You ask for the variation- the alternative take. Another angle on the whole thing, that might better clarify that difficult concept.

But what if we could?

I’ve not seen this done, but in retrospect it seems pretty obvious. If you’ve seen this work somewhere, could you send me a link? I’d like in on that action. 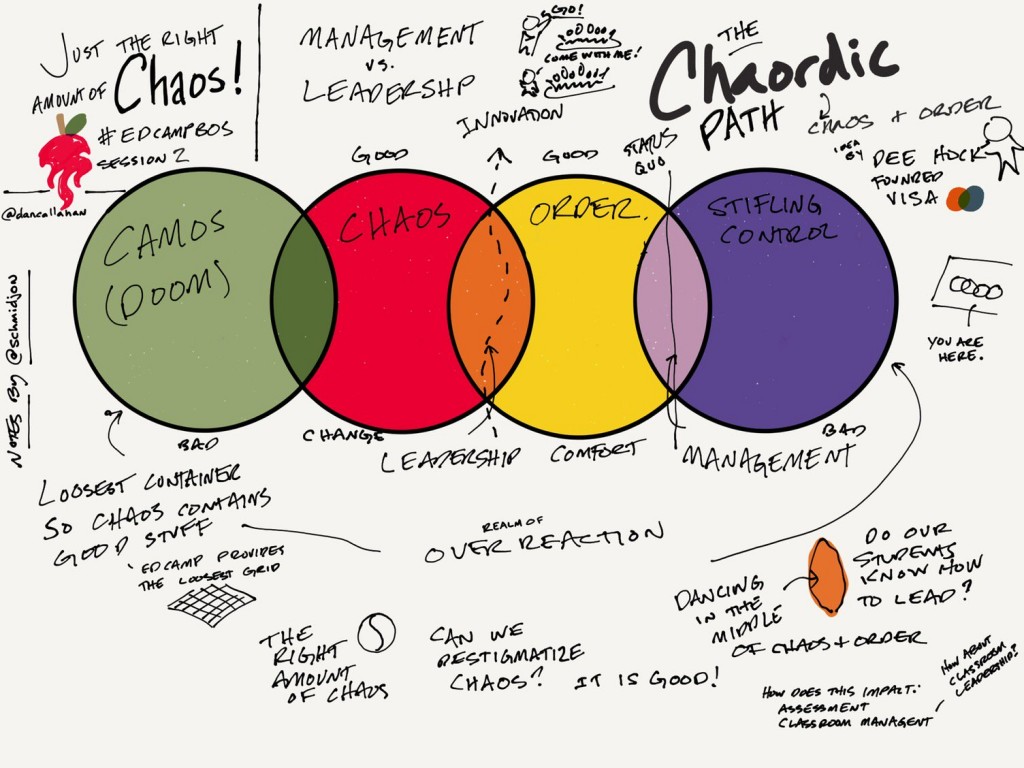 I went to EdCampBoston this last weekend, and I thought I should share some thoughts here (and take the chance to digest and capture what I learned while I was at it).

It was a nice big (though not overwhelming) crowd in a lovely space (thanks, Microsoft!), and the organizers did (as always) a great job… organizing. Big thanks to them!

If you’ve never been to an EdCamp (or to an UNconference), they’re pretty neat- there are no pre-set sessions: just  bunch of rooms and time slots and a stack of post-its for people to use to propose their own sessions. If you’re not in love with what you’re seeing, you can start your own session. In practice, I’ve found it works really well- many of the sessions aren’t about people standing up at the front and presenting, but more about conversations that people want to have.

I went to four sessions before I had to leave. First, a conversation about using VR in classrooms (in which I was able to relate some of the experimenting I’ve done on the subject…). I was happy to hear about how much of this was going on in K-12, and it reaffirmed my belief that there are applications aplenty for it in High Education. As the methods for consumption (and creation) become more mainstream, it’s really only going to get easier to integrate.

Next up was Dan Callahan’s session about The Chaortic Path, a lens that I’d not spent too much time thinking about (though I will now). Somebody much more talented than I made a lovely graphic for it. I got to contribute this comment:

The universe tends towards chaos, and our job is to teach students how to do the human thing and push back towards order. #edcampBOS

Which now, a day later, reminds me of this recent Kevin Kelly tweet:

Humans are experts at inefficiency. All art, discovery, innovation, creation, are inherently inefficient. Efficiency is for robots, not us. — Kevin Kelly (@kevin2kelly) March 10, 2017

Then, I went to a nice quiet and thoughtful session led by Ben Schersten about teaching introverts, and as a result I’ve added Susan Caine’s Quiet to my reading list. I also got to trot out my perpetual recommendation for Make Space, an outstanding guide to helping design spaces that foster creativity. I’m still amazed by how many folks equate introversion with either anxiety or shyness. Totally not the same thing, folks.

After lunch it was back to Dan’s session about designing PD that people will LOVE– not something I do a ton of these days, but a subject that’s always worth talking about. Great graphics coming out of that, and some really impressive work. Groups left with full-blown plans for PD that (with a teeny bit of polishing) would be ready to roll out in any district.

So: a wonderful use of my Saturday. I got to see a bunch of friends I’d not seen in far too long, got to talk with some talented and driven folks, and got to learn a few things as well. Maybe I’ll see you all there next year.