The first version of my studio looked like this, in two parts: 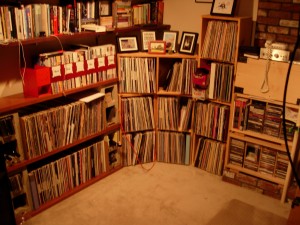 That’s the bulk of the music storage (and some of the books), and this was the computer situation: 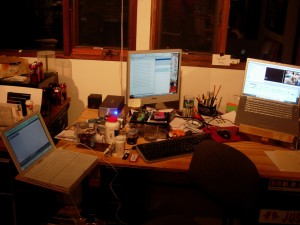 That’s an old pic, but it’s a iBook G4 12″ on the left, a Mac G4 Tower in the middle, and an ancient MacBook Pro on the far right (with Final Cut 7 open on it for some reason…).

The second iteration of the studio was at my first house, and looked (at least at first…) like this:

That’s a wall mounted desk, some turntables, a pile of vinyl, and whatnot. It morphed and changed a bit over the next 5 years or so, but that should give you a general idea.

This is the third version of the studio. 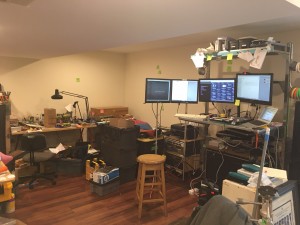 As it sits in this picture (in chaos), there are two basic sections to the area you can see: digital and analog. On the far left, I have a table that serves as my analog work station- it’s where I sew, type on a typewriter, repair kid toys, make zines, and all that business. It’s a bit of a mess (for lack of better storage), and not a continuous surface.

On the right is my hodgepodge computer desk. It’s standing height, and right now has four monitors, two keyboards, two mice, and a mixing board all competing for a small amount of space- it’s less than four feet wide. It also juts out from the wall quite a ways (it’s free-standing), and lacks any sort of unified rack storage for gear.

It’s worth noting that most of the storage for the studio is out of sight around the corner to the left- that’s where the current small parts storage racks, file cabinets, records and cameras all live. Most of that will stay, but the small parts racks are doubling and will likely move closer to the analog station. 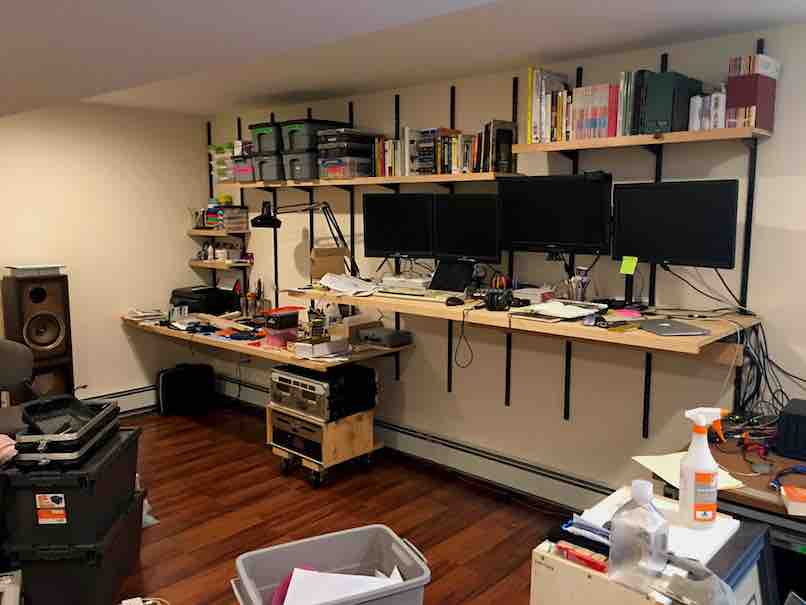 That’s nearly all the shelving (there are one or two half-depth shelves to go in on the very far left side), and the wire trough is installed here (note the lack of gross wires dangling below the computer desk).

Next up: building the rack for all the A/V and computer gear. And then finishing the new webcam/streaming setup (multi-computer, multi-cam). Then some cleaning, and then it’s done. Until version 5, anyway.

Oh, and small parts storage did double and has moved closer to the main desks, too: 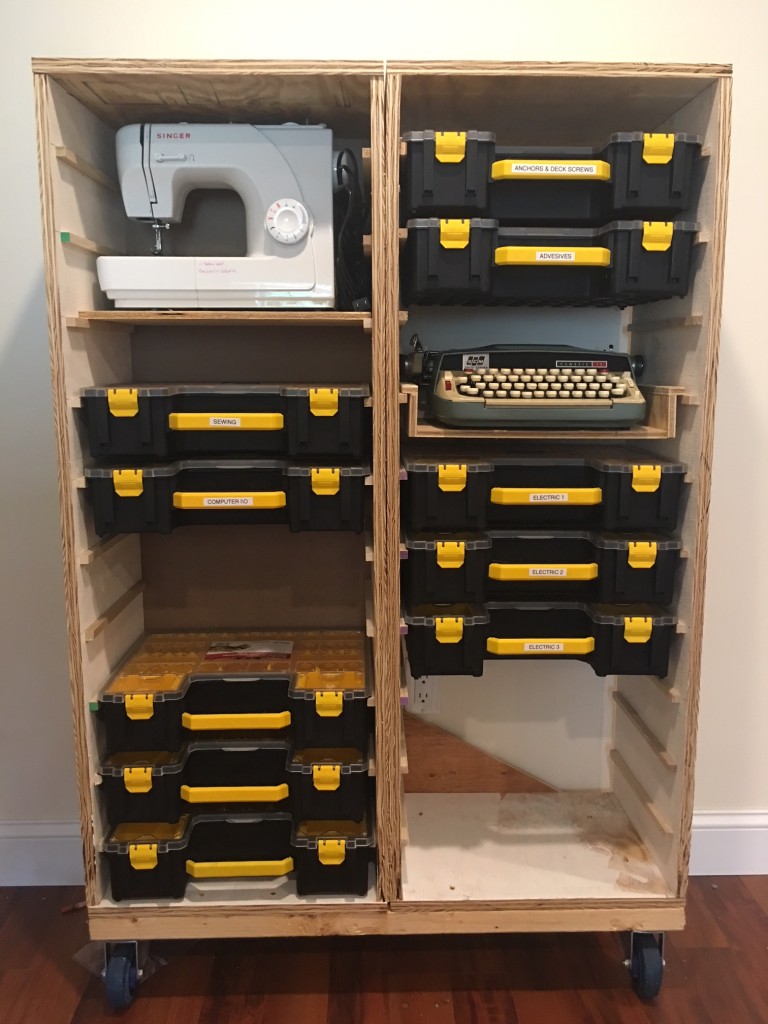